I’m surprised by the fact I haven’t stumbled upon a single article with this title and the proper Rick & Morty pun (#FreeRick). Anyways, no backend code tonight, it’s been a long couple of weeks at work and university so this will be a short entry with a couple of patterns I’ve picked up around working with swift. Just some random jiberish that I will most likely find useful in the future.

There’s a great starting point to learn and reference bookmark of mine at learnxinyminutes/swift & learnxinyminutes/Obj-C. Everything on this post is heavily opinionated, comments and alternate patterns are appreciated if you care to share. 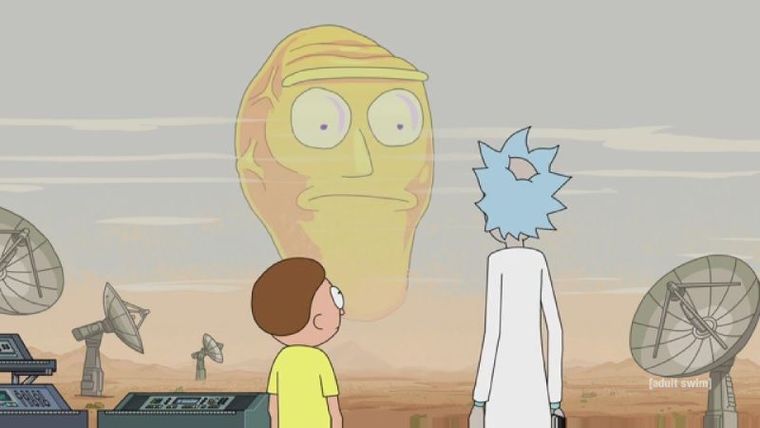 This simple pattern for structuring your code definitely makes it nicer on the eye. Delegates and DataSources (UITextFieldDelegate, UITextViewDelegate, UITableViewDataSource, etc…) are the perfect example for extending your View Controllers inside their own class file, everything remains “encapsulated” and readable.

Oldest discussion since fanboys on gaming consoles’ specs & performance. My advice is probably close to the current community consensus, Storyboards on small projects and stay away from them for big ones, the catch is always the fine line that divides them both. The team’s skill on each approach is critical of course.

Some setbacks for Storyboards are source control conflicts on a single storyboard and compile times skyrocket as the View Controller count starts to increase. I believe there are people with borderline pathological hatred against Storyboards, but those problems can be mitigated with multiple storyboards and fair knowledge of git (or alternate SVC solution). The decoupling and ease for agile changes one might achieve when developing a Nib-only project are much better than Storyboards. But this requires more experienced developers that write clean code, a steeper learning curve for junior developers.

I’ve come to experiment with a mixture of the development speed boost of storyboards and leverage code-handled transitions/management. For example, the following images shows the storyboard of a simple 3 view app managed by a PageViewController (snapchat style). 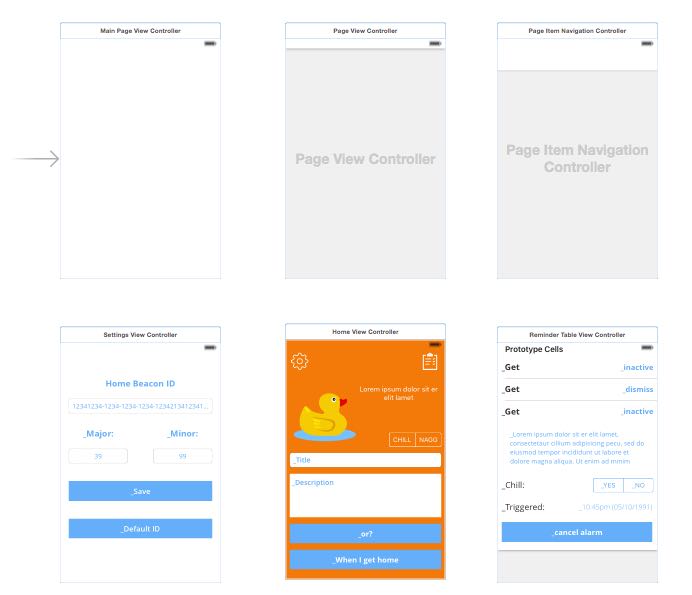 When having to localize there are a couple of things to worry about. Autolayout bugs that will eventually happen and stress over the translations to be on point. Since XCode 6.0 or so Apple introduced their localization import and export management using .xliff files.

I’ve struggled with constant updates to strings during a run of months with the old Localizable.strings system, this new tool helps as long as you’re not using features that are way over your head. It’s powerful, but you can hang yourself with all the rope Apple gives you, I prefer to avoid multiple storyboards for each language (same for Nibs) and have a unified .string exports.

I lead my texts in Interface Builder with an underscore (_) to avoid having any text in those files, everything will be initialized with NSLocalizableString with their proper context comment.

Lots of times classes like NSString have changed their functions when translated to String, especially the ones that interact with NSRange and now work or need to be used in a different way. Not much to say here, its not pretty but I tend to use String classes for localization and more ‘fresh’ language capabilities but always rely on creating a NSString out of a perfectly healthy String object to make use of a helper function. stringByReplacingCharactersInRange is a good example seen in the code snippet above.

I went kind of longer than expected already, will post again soon hopefully… Got a couple of fun projects in the oven, in the mean time: Peace among worlds!